From online shopping to self-checkout at the supermarket, from same-day delivery to tracking a gift you’re sending to your friend abroad, countless modern conveniences we have available now can be attributed to the invention of barcodes – a quite simple technology that revolutionized global commerce.

Barcodes have become so commonplace today that we barely even notice the massive role they play in our regular lives. But did you know the creation of the barcode technology took decades, and bringing it to the mainstream was a longer journey yet? In this post, we give you the history of barcodes – from their origin to the development in the barcode tech till date. So, if you’d like to learn about this fascinating technology, do read on.

The Genesis of Barcodes The widely used UPC, or the Universal Product Code (pictured above), is a 12 digit barcode that was introduced in 1974, but the origin of barcodes dates back to the 1940s. This was the first time when grocery store owners started looking for more efficient ways to bill customers than the time-consuming, manual process that kept them standing around in long lines, waiting impatiently. Two Drexel University students – Norman J. Woodland and Bernard Silver, started researching solutions that’d automatically read product information during check-outs after they received a request from a food chain called Food Fair. Woodland came up with the first barcode design when he drew a circular, bullseye-shaped design with a bar and space pattern in the sand at Miami Beach. The pair of researchers received a patent for this symbology in 1952, as pictured below. However, Woodland and Silver’s design fell a bit short when a practical implementation was tried out. The first properly working linear barcode arrived in the 1960s, designed by David J. Collins, an MIT graduate. The Association of American Railroads backed the invention this time and Sylvania (Needham, Massachusetts) used the barcode to create the KarTrak ACI (Automatic Car Identification) system. The mechanism used a pattern of 3M Scotchlite blue and orange stripes (as shown in the image below) that carried information regarding ownership details, plus a unique identification number for each car. The Beginning of Commercial Use of Barcodes

Woodland was working with IBM, when one of his colleagues named George Laurer came up with the linear UPC barcode, and this was what was finally adopted by the grocery industry in 1973 and is carried by products globally till date. The Uniform Product Code Council (which is now known as the GS1) was named the barcode administrator in 1974 that issued product identification numbers for barcodes, or what is called the Global Trade Item Number (GTIN) today. The organization subsequently began to test barcodes.

On June 26, 1974, the UPC barcode was first used at the checkout counter of the Troy, Ohio Marsh Supermarket. The very first scanned item was a ten-pack of Wrigley’s chewing gum, which was priced at 67 cents.

Another oft-used barcode that labels goods across many industries – especially the automotive and electronics industries, is the Code 39 barcode, as shown in the image below- These were founded by the Intermec Corporation back in 1975. Notably, Code 39 barcodes are frequently used in the US Department of Defence. While the original design of the Code 39 barcode had 39 characters, in the recent most renditions, the number of characters has been increased to 43, and these 43 characters are a combination of numbers, letters, and other symbols.

After many pointed out that Code 39 barcodes can hold relatively smaller portions of data compared to their large sizes, US barcode specialist Computer Identic came up with the Code 128 in 1981 (pictured below), which could hold significantly more data compared to Code 39.

The Code 128 barcode is now used globally, in sectors such as warehousing, transport and logistics, manufacturing and healthcare.

Development in Tech Till Date

Over time in the history of barcodes, they have become so habitual and integral to our modern economy, that they’re scanned about six billion times across the globe, every single day. The barcode tech also keeps being upgraded regularly, as the needs and demands of the world around us changes and the barcode needs to contain data in various formats. For instance, there are license QR codes, that let anyone access detailed information regarding a product with just one quick scan. QR codes were created in Japan back in 1994 by Denso Wave, a Toyota subsidiary, so as to track vehicle parts with more ease. QR codes were the first two dimensional barcodes – as in, they are designed with two-dimensional symbols and shapes. In the 2000s, companies in Japan further utilized the QR codes’ marketing potential by inserting URLs into the code and placing QR codes on packaging, posters, and signage. This way, with a simple app, consumers can scan the QR codes with their smartphones to access online content. This was the very beginning of connected packaging.

Next came barcodes that could be heard, and not seen. A scientist called Geoffrey B. Rhoad came up with the world’s first invisible barcode; the Digimarc Barcode was introduced in 2010. This new code improved on UPC by carrying far more data, and enclosed virtual content QR codes couldn’t provide. Plus, it didn’t leave any visual mark on the packaging of products and therefore, were not aesthetically obtrusive.

There are also the wearable barcode scanners. Since a handheld barcode scanner can cost a worker valuable time, wearable scanners were introduced. They are very simple to use, increasing both efficiency and productivity. The History of Barcodes: What’s Next?

With the changing times, barcodes and their role in retail will also continue to be upgraded. It’s plausible that the block chain technology with its distributed ledger will be integrated with the barcode tech, since block chain already comes with the ability to deftly track products, and makes data sharing easier. For instance, a product with a Digimarc barcode could send its unique ID to a block chain, so anyone can track the product easily.

At Barcode India, we are building barcode software solutions to make supply chain management the easiest for businesses across the country, and abroad as well. To learn more about our solutions, do give our website a visit! 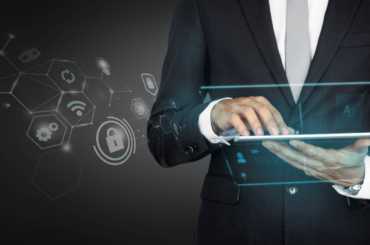 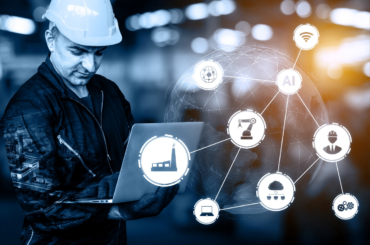 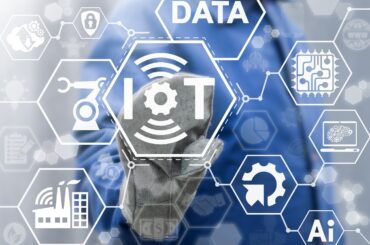 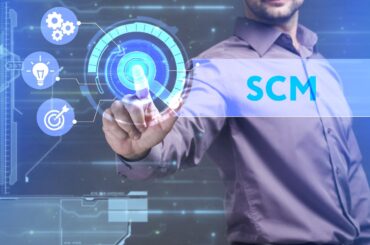